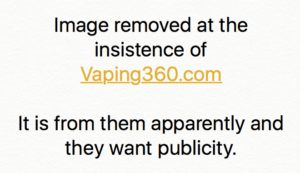 I’m sometimes accused of being a WHO-sceptic, or worse. No more! In the run up to the Framework Convention on Tobacco Control  COP-7  meeting in Delhi, 7-12 November, I have been challenged to say something positive about how the FCTC could do useful and constructive things on vaping and tobacco harm reduction from a public health point of view, other than the default answer “absolutely nothing at all”.

The FCTC would best serve public health by doing some or all of the following:

But WHO should be aware of its limitations too …

If only everyone involved in the FCTC just remembered this one quote from RCP, and acted accordingly, then WHO and FCTC would: a) tread very lightly on tobacco harm reduction; b) be and be seen to be a more credible regulatory forum.

19 thoughts on “WHO tobacco meeting – could the FCTC do something useful on vaping?”