FDA has authorised 22nd Century to claim a reduced nicotine cigarette is a reduced risk product. This will spread confusion and divert smokers from better choices. 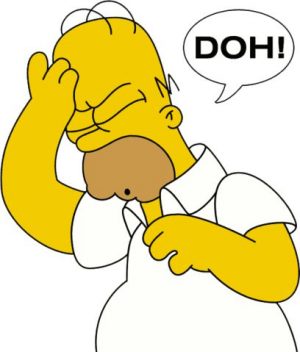 In one of its most ill-judged moves to date, the US Food and Drug Administration has today granted 22nd Century Group the right to market its VLN King and VLN Menthol King combusted, filtered cigarettes as modified risk tobacco products.

It has done this because these products are reduced in nicotine and, FDA concludes, anyone who is willing to smoke them will experience lower exposures to nicotine. But we have known for a long time that “people smoke for the nicotine but die from the tar” (Mike Russell). This is a product that reduces the nicotine but keeps the tar. What could possibly go wrong?

What has been announced?

The MRTP (Modified Risk Tobacco Product) is the authorisation process for allowing companies to make marketing claims about reduced risk. The claims have to be assessed by FDA as “appropriate for the promotion of public health” under Section 911 of the US Tobacco Control Act.

Here is the announcement press notice: FDA Authorizes Marketing of Tobacco Products that Help Reduce Exposure to and Consumption of Nicotine for Smokers Who Use Them. Here is the formal documentation: VLN King / VLN Menthol King.

This is the risk communication package authorised by FDA.

The MRTP allows certain reduced exposure claims regarding nicotine, including:

When using any of the reduced exposure claims in the product label, labeling or advertising, the company must include, “Helps you smoke less.” The FDA also recommends that the labeling and advertising include the statement, “Nicotine is addictive. Less nicotine does NOT mean safer. All cigarettes can cause disease and death.”

The problems with this

I think there are four main problems with this:

Does it help secure a ‘nicotine standard’?

Some supporters of this new MRTP authorisation see it as progress towards a greater goal: that would be imposing a ‘nicotine standard’ that requires rather than permits and promotes cigarettes with very low nicotine levels. I disagree with this strategy for many well-rehearsed reasons (see Twenty reasons to be sceptical about rules lowering nicotine levels in cigarettes – and what to do instead). But its only plausible rationale is that it forces people who smoke to either quit smoking or switch to a non-combustible reduced-risk product (in practice, they would also access illicit products). It works only because the VLN products are not a satisfactory alternative to smoking regular cigarettes.

That is not what is happening here. FDA’s MRTP authorisation stresses the public health value of actually using these products instead of regular smoking – not as a means to trigger smoking cessation or switching. It is offering this as a harm reduction strategy in its own right, rather than a device to move users on to a genuine harm reduction approach. 22nd Century will be promoting this product with a view to people using it as an alternative to smoking cessation or genuine harm reduction option. For this reason, it is a distraction from all the better options. This leads to the key challenge for FDA and those backing this authorisation: the use case.

What is the use case?

So, here is my question to FDA and to everyone who sees this as a positive development. If you were giving advice to a friend or if you were a health professional advising people who smoke, for what type of consumer and in what situation would you advise trying to use this product, given all the alternatives?

You have the option to advise people to try smoking cessation medications or NRT. You could advise counselling (what counselling services would advise switching to VLN cigarettes?). You could recommend trying some or all of vaping, heated tobacco, snus or nicotine pouches. You could even recommend a period of ‘dual use’ and gradual transition. But I can think of no circumstances where I would advise someone to go out and buy a packet of reduced nicotine cigarettes. It is not much different to advising them to just cut down their smoking, a strategy likely to fail.

So what is the use case? When would FDA officials or supporters of this measure advise users to switch to VLN cigarettes? Because that is exactly what they are doing by authorising or supporting these marketing claims. So I tweeted a reply to a prominent supporter of this measure. Still hoping for a reply.

In my view, after an initial surge of interest, these products will bomb in the marketplace and 22nd Century will revert to its ongoing strategy of trying to sell these products to smokers under regulatory duress by pressing for a VLN rule (a prohibition on normal nicotine cigarettes).

The inimitable David Sweanor describes it as:

Removing the nicotine consumers seek in order to wean them off smoking might actually work for some people. But it looks a lot like an effort to end gun violence by marketing versions that cannot fire bullets. It is hard to imagine a significant number of those interested in either product finding such things to be acceptable options.

Another commentator points out that this is might as well be seen as FDA approving an MRTP to itself.

This is best seen as FDA awarding itself an MRTP. The only sales of these products are for research purposes and FDA has spent well over a hundered million dollars on researching these products. FDA has promoted the idea of reduced nicotine cigarettes for years and now it has waved the products through a process that is almost impossibly burdensome for others in record time. Yet the public health case for these products is very weak.

What are MRTPs and PMTAs?

Under the US Tobacco Control Act, a new tobacco product requires a Pre Market Tobacco Application (PMTA). Under this process, FDA has to be satisfied that the product is appropriate for the protection of public health before it can be placed on the market. There are various exceptions for products that were already on the market in 2007 and derivatives of these products. Also, FDA is using enforcement discretion to allow many vaping products to remain on the market while it evaluates their PMTAs.

In contrast, the Modified Risk Tobacco Products (MRTPs) is about communication. The MRTP application is the process for making authorised marketing claims about reduced risk. FDA has to determine that such claims are “appropriate for the promotion of public health”.

One of the quite insidious aspects of FDA granting an MRTP order to the 22nd Century very low-nicotine cigarette (VLNC) is the extent to which FDA/NIH has financially supported the company’s application by buying its cigarettes and using independent research organisations and investigators in the United States to provide the evidence to support its case.

Any other tobacco or vape company would need to present extensive trials that it conducted itself and at its own expense, something that would be prohibitively expensive for most companies.  But not so for 22nd Century.

The FDA’s decision summary explains… the application uses extensive “bridging”. Bridging is the use of evidence gathered from a very similar product for use in a commercial application to the FDA.

Of course, the SPECTRUM cigarette is the product used and paid for in most (all?) of the trials of VLNC so far. For example, the extensive (and impressive) trial by Donny et al 2015 published in the New England Journal of Medicine states “Investigational cigarettes were obtained from the National Institute on Drug Abuse“.  As the supplementary material makes clear, these were Spectrum cigarettes.  Hatsukami et al 2018, likewise. In fact, all the investigational cigarettes available to US research institutions are SPECTRUM cigarettes sourced from 22nd Century. See:

FDA and NIH have been extraordinarily generous to this company. These public bodies account for almost all of 22nd Century’s reduced-nicotine cigarette sales (there is no significant market for these products other than for research purposes). Not only that, through extensive funding of VLNC research, FDA and NIH have paid for the research base for 22nd Century to make a commercial application, via bridging, for a modified risk claim that is specific to the company and its products (it is not a general claim for the VLNC category). This MRTP order allows it to make actual and implied reduced risk claims for ongoing use of this product.  These are set out on Page 1 and appendix A of the marketing order

Where any of the reduced exposure claims listed in Appendix A are used in the product label, labeling, or advertising (LLA), under section 911(h)(1) and 911(h)(3)(B), this order requires that the LLA must also include the following condition of use: “Helps you smoke less.” Additionally, we recommend that the LLA include the disclaimer: “Nicotine is addictive. Less nicotine does NOT mean safer. All cigarettes can cause disease and death.”

As I have already argued in this blog, these claims are a complete muddle of factually true but profoundly misleading nonsense that adversely affects the perception of nicotine and crowds out other, far better, risk mitigation options for smokers for which FDA has not been so generous. It is also quite different to the impact of a VLNC rule.  In fact, the application uses a model that allows for VLN and conventional cigarettes to have equal market share (a risible assumption, but clearly not the intention of a VLNC rule either). See if you like the sound of this from the decision summary (p16)…

Additionally, the epidemiology review evaluated the applicant’s population model estimating the public health impacts of the proposed MRTPs. The model assumes that the market share of conventional cigarettes (CC) and VLN™ will be equalized at around 25% by year 2050, meaning that approximately 7.1% of CC smokers will initiate VLN™ smoking per year (i.e., if 7.1% of CC smokers switch to VLN™ cigarettes every year until 2050, then at least 25% of smokers will be using VLN™ cigarettes by 2050).

I doubt that another company making a VLNC cigarette would be able to use ‘bridging’ to the Spectrum product unless they made their product virtually identical, which would be difficult and not even desirable. So all of that research effort is functioning as a direct subsidy for one cigarette company’s marketing claims.

My impression is that the researchers in this field believe they have been doing something quite different to providing material for cigarette marketing claims. That is, they have been trying to assess the impact of a VLNC rule on the market as a whole, not providing free research to a single tobacco company to support official authorisation to make dubious and confusing claims. I must say, I feel uneasy about this.  Did these researchers expect to have their work used in this way? Do they agree with FDA’s findings based on their work?

I still come back to the basic ‘use case’ question – for what sort of person in what circumstances would a public health professional recommend someone tries a 22nd Century VLN cigarette, given the available alternatives?   Because this is what FDA is doing by allowing an MRTP claim for this product.

43 thoughts on “FDA spreads confusion about nicotine and smoking”