Together with my co-conspirator, Sally Satel from the American Enterprise Institute, we have responded firmly but fairly with an article in Forbes: Senators’ Letter To FDA Commissioner Gottlieb Perpetuates Misconceptions About E-Cigarettes [pdf]

I have no doubt the senators are well-meaning and feel strongly about adolescent smoking and vaping.  We do too.  Unfortunately, they were mislead about pretty much everything. We described the simple story told by the Campaign for Tobacco Free Kids as…

… a predatory industry uses child-like flavors to hook kids on vaping and ultimately to get them to smoke.

As we show in the article:

It’s a compelling story, but it just isn’t true.

It is far more likely that vaping is displacing smoking and acting as a beneficial alternative to those who smoke or would smoke in the absence of e-cigarettes.

More background: Are e-liquid flavours really ‘hooking another generation of kids’? (spoiler: “no”) 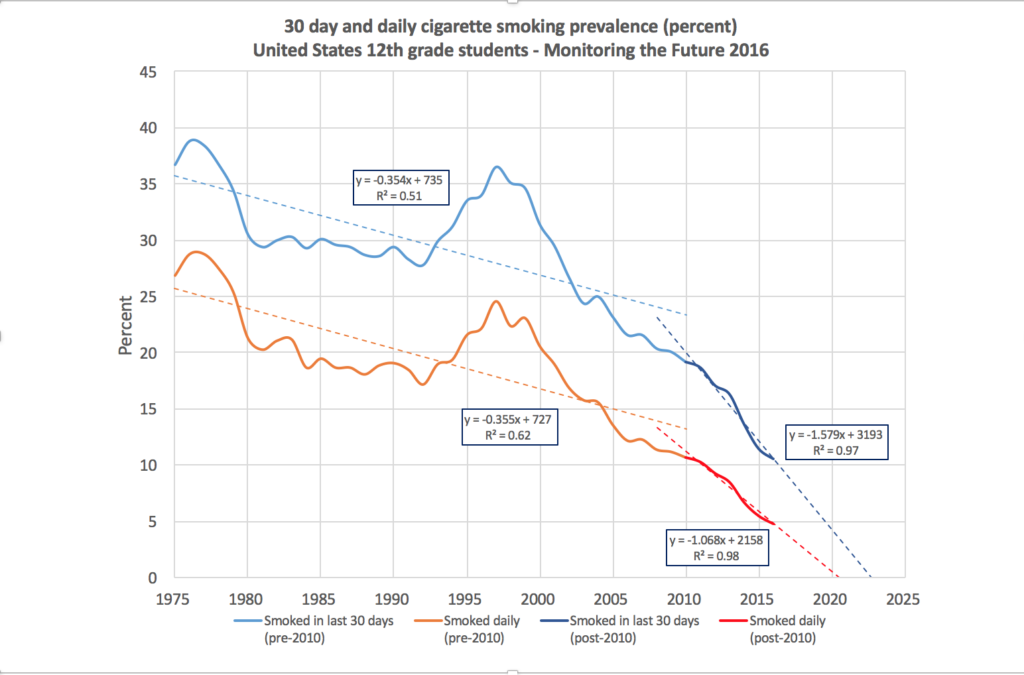 This is not proof that teenage vaping is causing the steeper decline of course, but it is consistent with that being the case – and there is nothing inevitable about permanent decline.  However, it is definitely not an obvious basis for a moral panic about e-cigarettes.